Thank You For The Love! 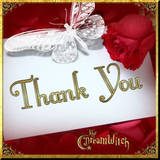 I wanted to take a moment and thank everyone who's supported me and the Cornerstone Deep installments of the Chronicles of Shilo Manor series.  It means the world when fans let me know how much they enjoy my books. Emails, Tweets, messages on Facebook...  Every one of them.  And it thrills me when someone tells me they can't wait for the next book or takes time to post a review.

Recently, Kay Dee Royal posted her thoughts about Cornerstone Deep.  Here's what she had to say:

First Sentence: Cole moved as smoke, his elements converted into a dark mass.

Anna, a subtle beauty and hard worker, has lived many lifetimes, unbeknownst to her. She's presently of lowly status, but has caught the eye of one Lord Dressen, who will stop at nothing to get her.

Cole Shilo and his brothers, James and Vincent, came from Meridia, a dimension at the center of the spectrum ~ they can manipulate the elements. They are known as Grand Marshals, keeping the peace and supposedly answering to Lord Dressen.

Dressen abuses his authority and has the Shilo boys play a part of Anna's capture ~ you'll have to read the story to find out how they conform the captives for Dressen. In this process, Cole finds something out about Anna when he's drawn to kiss her with the breath of Zephyr...a soul binding breath.

Ms. Wilson's excellent world-building created dimensions, Gods, wizards, a weasel of a villain in Lord Dressen, along with a precious love story involving reincarnation, mind manipulation, and magick. Cornerstone Deep is the first in a series of the Shilo Manor brothers.

Ms. Wilson's story-stars, Cole, James, and Vincent possess their own unique abilities, but also depend on the strength and power of each other. I found each of them worthy of admiration and honor in their own right.

This is a magical, touching story of love and perseverance, one that was hard to put down. I look forward to reading the next book in Ms. Wilson's series, Cornerstone Deep Echoes.

If you're hungry for a deep, yet magical, romance, pick up a copy, you won't be disappointed.

Thank you so much, Kay Dee! *big smile*

And Deb from HEA Romances with a Little Kick posted a review on her site with five Stilettos lining the bottom of the post.  Lol.  Gotta love a five Stilleto review!

Charlene Wilson is a new author to me, but I can guarantee you that Cornerstone Deep will not be the last book I read from this author. Cornerstone Deep is in a world of its own, and a book that I will enjoy revisiting again soon.

The Shilo brothers are a huge plus in this book. They are not from this world, but they have lived and adjusted to life here. To me, Cole is the head of the trio because you can feel the alpha vibes pouring off him. James is the soft, sweet one and Vince, let’s just say, sparks my interest.

The Shioh brother’s job on this world is to help with many things. They use their magic to take away the unpleasant memories of those in pain. They also work for Kyle Dressen, the Grand Marshall of the courts. This man is just nasty. He uses the brother’s powers as wizards to help bring people under his control.

This is Cole’s story, who is strong, sexy and yet has his flaws. That is what made him an amazing character. Four hundred years before, Cole found his true love in their home world, where souls return time after time like clockwork. It seems to work for his brothers, but there is a hitch for Cole. All he wants is to find his lost love.

Unfortunately, he struggles with his aim, which is how he finds himself in his current predicament. *grins*

Anna’s character starts out as a pawn, but becomes a stronger role player as the story progresses. Anna’s soul searches for Cole; even with Lord Dressen setting her up to fail. I cannot wait to see what Mrs. Wilsondoes with this character in the future books.

Anna and Cole’s reaction for each other is sizzling hot. Anna is a precious gift for Cole that he handed away over four hundred years ago. Now Cole has to fight to gain what he has lost…his soul mate.

Cornerstone Deep has a well written, intriguing, suspenseful plotline. Add into that a cast of characters that bring it to life, and throw in a evil force, like Lord Dressen, who finds the brothers quite fun to play with and you have the makings of a book you just cannot put down.

Mrs. Wilson creates pure magic with the stroke of her pen. She has managed to “Rock My World”, and then some. Bring on the next book in this series.

Rated 5 Stilettos and a Recommend Read by Deb!


If you share your own thoughts with your friends and/or blog readers, let me know.  I'd love to spread your post around the web. *smile*

Until next time, may your dreams be magical.
Charlene

I love the stiletto review by Deb also...if the shoe fits, right? And, it does - excellent paranormal/fantasy romance...like I said:)