Ready For February? One for Kami Tour

Wow, where has January gone?  February is only a few days away and that means a ton of activity for my Charlene A. Wilson world!  First and foremost, One for Kami will have a month long tour to celebrate its release.

There will be interviews, guest posts, character sketches, sneak peaks, and giveaways. As well as giveaways at participating stops, there will be a challenge that will last the whole tour. Four lucky and determined followers will win Prizes at the end of it all with the Grand Prize being extra special!

I've set up a special page for easy reference at the One for Kami Tour page on my right sidebar. A Rafflecopter will be added so you don't have to type your email address where everyone will see it. Easy pleasy to enter and take advantage of all the ways to rack up more entries!

Here's the rundown... (click on the images to view larger)

One For Kami Book Tour


What You Could Win

Blog stops: (only held at select stops) receive:
PDF copies of One for Kami.

Your choice of e-format of One for Kami
and
A pair of Kami's Red Gloves!!

These gloves are being knitted especially for this giveaway by KnitWit's Knits & Crochet. A lovely heart pattern is being added to coincide with Kami's desire for One true love called "Hearts On Her Sleeve". (See below) I've seen these and they're beautiful! 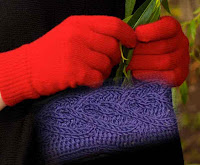 And Mary at KnitWit's Knits & Crochet has extended a special offer for One for Kami fans! Hop over to her Etsy shop by clicking on link above and you will receive 20% off any item by using the coupon code One4Kami! Don't see what you want? Place an order and she'll make it for you. *smile*

Your choice of e-format of One for Kami
and
$10 Amazon.com Gift Card

Your choice of e-format of One for Kami
and
Juicy Fruit (Kami's Favorite!!) Prize Package 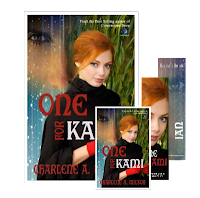 
There will be extra ways to win posted on the Rafflecopter the day of each Blog Stop. Answer the question and earn more entries!

Also, each time you comment at one of the Hosts' Blog Stops, those comments are added to the Rafflecopter and increase your chances to win!

Winners will be announced no later than March 2nd, here at Charlene Blogs.

My schedule of stops is below. Notice that some days have more than one stop.

Have Fun! I’ll see you around the Sphere!


Posted by Charlene A. Wilson No comments:

One for Kami Review by Gothic Mom's Book Review

One for Kami is at Gothic Mom's Book Review today and Annette gave it a sweet review.  Had to share! *big smile* 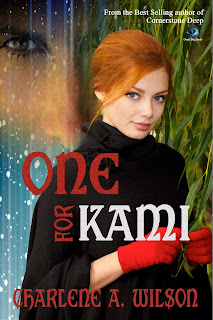 Today's review is on One for Kami by Charlene Wilson

I have had the pleasure of reading two other books by Wilson, Cornerstone Deep & Cornerstone Deep Echoes.  So when asked to take a look at this short and sweet love story I jumped at the chance.

Wilson's ability to touch your heart shines through in each of her books, and One for Kami is no different.  This tale of true love spans time and dimensions.  One for Kami is a story that will have you willing to give up everything for your one true love.

Some short stories lack character development or have a weak plot, while others simply leave you hanging, feeling like you just got the first few chapters of a decent book. You won't get that here. And let me tell you, with my ever growing list of books TBR, it is nice to snuggle into a favorite chair with a cup of warm coco and a good; as Wilson calls it, "lunchtime read."  One for Kami fits that bill perfectly.

Thank you so much, Annette!


Posted by Charlene A. Wilson No comments:

One for Kami Review


One for Kami has received a lovely review from Debbie at Read 2 Review. Here's what she had to say:

One for Kami by Charlene A. Wilson
Review by Debbie

In Wilson’s romance short story, she spins a tale of true love spanning time and dimensions that will inspire the reader to sacrifice everything to find their soul mate. Many short stories lack character depth and development, story plot, and often leave you hanging. Not this one.

The reader will most definitely find all things a good story requires in One for Kami.

To get your copy of One for Kami please check out the following Amazon links:

Thank you, Debbie! Such a treat. *big smile* 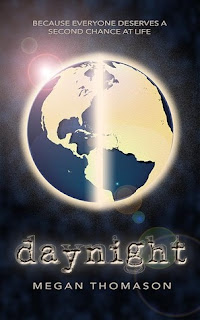 Meet Kira Donovan. Fiercely loyal, overly optimistic, and ensnared by the promise of a full-ride college scholarship, Kira signs the SCI Recruit contract to escape memories of a tragedy that left her boyfriend and friends dead.

Meet Blake Sundry. Bitter about being raised in Exile and his mother’s death, Blake’s been trained to infiltrate and destroy the SCI. Current barrier to success? His Recruit partner—Miss Goody Two Shoes Kira Donovan.

“The writing is impressive and the story is a real page-turner. So many twists and turns… I’m hooked… I can’t wait for the next installment to come out…4.5 out of 5 stars”—Self-Publishing Review

Megan Thomason lives in paradise aka San Diego, CA with her husband and five children. A former software manager, Megan vastly prefers writing twisted tales to business, product, and marketing plans. When she isn't typing away on her laptop, she's reading books on her phone—over 600 in the last year—or attending to the needs of her family. Megan’s fluent in sarcasm, could potentially benefit from a 12-step program for road rage, struggles with a Hot Tamales addiction, loves world travel &amp; fast cars and hates paperwork &amp; being an insomniac. Daynight is Megan's first published novel, but fourth written one.


Lots of ways to gain entries!  Just enter using the Rafflecopter below...

I Get By With A Little Help From My Friends


I've been having a rough time this week getting motivated and then getting my muse motivated.

And the chocolate just isn't helping.

I started getting grumpy. Then got more grumpy. Then, evidently I got to the lazy poor me stage because one of my best friends gave me this caring advice:


"Girl, I love you, but get off your lazy ass sob fest and put on your big-girl fuck me thong!"

Wise words from one who loves me. 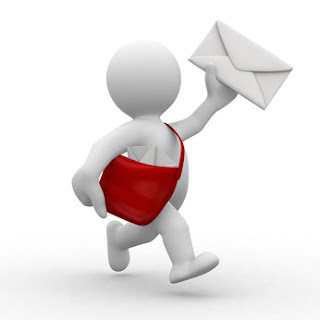 
Another month has passed and that means it time for another Charlene A. Wilson and Highlighted Author Updates Newsletter!  Those of you who've signed up to receive them already should have them in your trusty inboxes right now. *smile*  If you haven't signed up for them yet, I invite you to subscribe now.  The sign up form is right in my sidebar there.

OR
You're welcome to
READ ONLINE HERE
and enjoy.

I'm really starting this new year off with on a steady foot, here.  I had planned this to post at midnight to welcome in 2013 and wish you all a year filled with love.  But, as you can see, I'm about 12 hours too late for that. Lol.  *sigh*

But, the sentiment is the same.  I wish you all a beautiful year fill with love and dreams that come true.