A New Contract, New Release Coming, And Why In The World Haven't I Been Here?


Have I been falling behind or what? It's been quite a while since I've posted. Things have been a bit crazy, but I want to take a minute and let you know what's going on. I shared most of this in my August newsletter, but had to share it here too. *big smile* 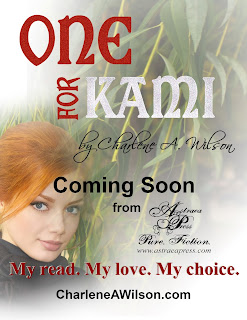 One for Kami is now under contract with Astraea Press. They loved Kami's little story and wanted to see more. So, I've added scenes, sharing Ian's side of things and bringing dimension Two-Eight-Five to life! It's an amazing dimension with fun new ideas and gadgets we've never seen here in Three-Two-Three. *wink*  That's right, our world is on the universal list of realms available for inter-dimensional travel. *big smile*

Not only do they want it, they want a series from it! I'll keep you updated on the happenings and let you know when the new One for Kami will be available!

If you see the Arched Spectrum of Realms logo on one of my books, you know it's part of an exciting overall arch!  The sub-series included in ASR will be named after the dimension/world they take place in.  As such, Cornerstone Deep and Cornerstone Deep Echoes will be...that's right, in the Cornerstone Deep series. *smile*

Book one will have it's own name too.  I've considered several titles for this book, and as I got frustrated in which to choose, my dear friend and critique partner, J.D. Brown, suggested I call it what I had originally called it when I first wrote the book so long ago.  A bell rang in my mind and I had to smile.  I've always loved the original title.

So, I'm proud to reveal the new cover and announce the new title for Cornerstone Deep book one, the Transformation of Anna... 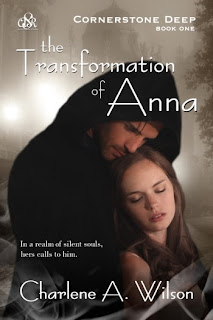 For centuries, Cole Shilo has harvested the homeless, wiped their memories, and delivered them as servants to the nobles of Cornerstone Deep.  When Cole is sent to harvest a second-class woman who has broken curfew, he expects no different.  But Anna Sinclair’s soul calls out to him.  Soul mates aren’t possible on Cornerstone Deep.


"My life is a mirage of endless time.
But you engulf me, rivet my mind,
encompass my soul." 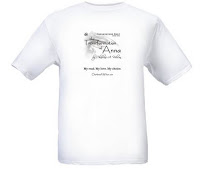 Well, that's it for now.  But I'm heading to Las Vegas for the Romance Novel convention and will be posting all the fun from there. *huge smile!*


Posted by Charlene A. Wilson