I’m pleased to have S.R. Claridge with us today to tell us about her Just Call Me Angel series.  She's so full of life and energy, and this really comes through in her books.


Susan is also giving away a free copy of Tetterbaum’s Truth to a lucky commenter!  Which I am so excited about!  I wish I could count in that contest. Lol. *wink*  So be sure and leave a comment with your email address so we can get a hold of you if you win.  Enter your address like: Iwanna[at]win[dot]com so it's all safe with the spam protectors please.


So with out further hold-ups, Susan, please tell us about yourself. 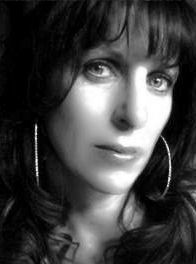 My name is Susan Claridge and I write under the name, S.R.Claridge. I grew up in St. Louis, Missouri, and graduated from the University of Missouri, Columbia with a BA in Psychology. I now live in Colorado with my husband, two children, dog and two guinea pigs. As a mom, wife, daughter, sister, niece, in-law and friend, I wear many hats; but beneath it all is just plain ‘ol me. I'm simply complicated. I love autumn, moonlight and Grey Goose Vodka martinis with bleu cheese olives. I believe Friday nights were made for Mexican food and margaritas and Sunday mornings warrant an extra-spicy bloody mary. I love Jesus and know that any good in me comes from God. I believe in the power of prayer, in the freedom of forgiveness and that people can change. I think marriage requires lots of sex and friendship requires lots of love; put the two together and you've found your soul mate. I've been called unconventional, stubborn, tenacious and many other names I'd rather not repeat; most often because I speak my mind. I have a terrible temper and a tender heart, and somehow they balance. At times I may appear teetering on the edge, but I'd rather walk dangerously where there's a view than let life pass me by. Relationships intrigue me and so does the loyalty of Mafia families, which is why I choose these topics for my novels.


Come visit my site and check out my book: No Easy Way, Tetterbaum's Truth, Traitors Among Us, Russian Uprising at www.AuthorSRClaridge.com Or friend me on FB and Twitter.


Tell us about your books.


This is from the second book in the Just Call Me Angel series, called Traitors Among Us.  (book one is Tetterbaum’s Truth and book three is Russian Uprising).


With Tetterbaum’s Truth revealed and her identity exposed, Angel Martin tries to adjust to her new role as head of the Chicago Maratinzano family.  The sudden kidnapping of her mother and Aunt Olga leads Angel down a path to an adversary she is unable to find.  When an FBI mob bust against her family is fueled by upper administration level information, Angel turns to the other Chicago Bosses for answers; but every trail dead ends and every person is not who they seem. Racing to save the people she loves most, Angel must learn to trust her instincts, even when she comes face-to-face with the scariest truth yet… there are Traitors Among Us.


Read the first 30 pages of Traitors Among Us here:
http://www.freado.com/read/10224/traitors-among-us

"Non-stop action-packed thrill-ride!! This is the second book in the series and if you haven't read the first one, it's called Tetterbaum's Truth, you need to read it first. I can't wait for the next book to come out. I read anywhere from 50-100 books each year and this Just Call Me Angel series is one of the best I've read in the past several years. These books are published through a small press (Vanilla Heart) who I predict will be thanking their lucky stars they signed this author as soon as word about this series hits the masses. Excellent read! If you want to dive into a great series folks, this is the one for you!”—Canada Reviewers

“Many popular writers will tell you the first sentence of a novel is the most important; it should hook the reader right away. In fact, I've heard that Stephen King actually
collects excellent first lines from other writers via his website. Well, if so, S.R. Claridge should send him the first line of TRAITORS AMONG US because it does just that: snares you immediately... I enjoyed her first book, but this one is even better and I'll tell you why. There's a new element among the mystery, suspense, and romance and it's humor. And well done, too. She's written in a new, quirky character whose dialogue is laugh-out-loud funny… [Claridge] says her background in theatre and psychology helps her fill the pages of each novel with enough dramatic suspense to keep readers guessing until the very end. And that's exactly what she does. Throughout, you never know whom to believe. Well, that's fine by me; I'm ready for more. Recommended.”—Jan Evan Whitford, Allbooks Reviews

“Rare indeed are the instances in life when the sequel is equally as good if not even better than the first; but this is the case in the Just Call Me Angel series by S.R.Claridge. Book one, Tetterbaum's Truth, introduces us to Angel Martin and involves us on her trek for self-discovery which leads her into the murky shadows of Mafia life. Book two, Traitors Among Us, is nothing short of an adrenaline kick; each page packed with action-filled suspense. The author skillfully weaves the story around each character and takes us deeper into conflict at every turn. This book will keep you up late at night reading and will leave you begging for another chapter in the life of the feistiest Mafia female to hit the literary world. Keep your eyes open folks, I predict you'll be seeing a lot more from this author.”—Robert Westin - BWM


What’s coming up next?


I am currently writing the fourth book in the Just Call Me Angel series, as well as a stand-alone political cult suspense.  I am hoping both will be released in 2012.

Where can we get your books?
All of my books are available on Amazon, Barnes&Noble and Smashwords in Ebook and Paperback.

Want more Susan?  Here’s where you can find her:
Website:  www.AuthorSRClaridge.com
Blog:  www.FeelingTheFiction.blogspot.com
Facebook:  www.facebook.com/authorsrclaridge
Twitter:  www.twitter.com/srclaridgewrite
Linkedin:  www.linkedin.com/SusanWoodsClaridge
Thank you for being with us, Susan.


Thank you for allowing me to be a part of your blog today.
Be sure to leave a comment with your email to be entered to win a free download of Tetterbaum's Truth!


Winner will be drawn midnight Saturday and post on Sunday. So, get your entry in!
.
Posted by Charlene A. Wilson

My email is margo (at) margodill (dot) com

Wow you really have some great books! It's nice to meet you, Susan. :) I'd love to win Tetterbaums Truth!

Congratulations, Lilac! You're the winner of Tetterbaum's Truth!

I'll be contacting you soon.

Hi There
This is a great idea, sorry for messing it up. you can delete 3 of mine and leave the bottom corner one :)