I love to see the good in people and at times I run across wonderful examples of authors giving back.  Today I've invited one of those authors to guest post for me.  Patricia Carrigan is an amazing young woman who has turned her dream into reality at an early age.  A teen, she has seen her first book published and is working on her second while still in high school.  But she's not keeping her success to herself.  I'll let her explain.  *wink* 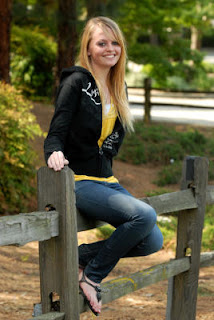 I am a young author who was first published at the age of 16.  My book, Antiserum was released in December of 2010.  It's my own different twist on the vampire story.  I've been very pleased how well it is doing.  Marketing has been interesting to learn on the fly, but I keep my good humor.  My second book, Part II in the Antiserum series, is about halfway through and it's exciting to think about everything that is going on.

I'm about to attend my senior year in high school with my twin sister, but I have an older sister who's a pastry chef and it's because of her that I started donating to The Burn Institute of San Diego. 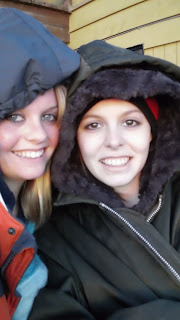 When Amber (my older sister) was nine years old, she was burned all down the left side of her face and body. At the hospital she and my parents found out about Camp Beyond the Scars which is a camp hosted by The Burn Institute to help re-establish the self esteem of young burn survivors. I've always remembered how happy Amber would be after each year she's attended the winter and summer camps. Amber has attended Camp Beyond the Scars for nearly twelve years and is becoming a counselor. I've always wanted to give back somehow for all the wonderful help they gave my sister and gave to so many other people who are now some of the coolest friends and people I have ever met.
Once I became an author, it finally dawned upon me that, now, I have some way I could give back to The Burn Institute for giving so much to my sister. And now I'm donating half of my profits to them, I volunteered at this last camp in July and am going to be attending the next year's summer and winter camp as an L.I.T. (Leader In Training). The Burn Institute has definitely become a part of my life and I'm willing to do anything to help them in any way for as long as I can.

Antiserum
by Patricia Carrigan
Sixteen year old high school student Jocelyn loves blood; she lives for it.  She's a blood addict.  But that's not all that's going on in her life.  Strange dreams haunt her sleep; she can read minds; and she hears voices in her head.  And she discovers that J.B. - her twin sister- and their friends Sadie and Nikki all have similar powers.  She learns that all of them are part of a group known as the Genetic Race.

But their powers and existence are threatened by another group known as the Others, and their only hope lies in traveling to Transylvania. where they must locate a special blood-filled amulet.  On this trip, with the help of the very attractive Adrian, Jocelyn will discover that the very substance she needs to survive may have become her new and very deadly addiction.
~ * ~
I don't know this man's name, and it doesn't really matter... right?  I mean he's just dinner.

I was trying to find a reason to feel sorry for what I was about to do.  Really, I searched and picked my way through his mind to try and find something that told, "I have something to live for!"  He hated his parents, and being an only child meant that there were no other siblings to miss his existence.  It's not like his friends would blink an eye at him.  They were never there for him, just for the latest parties and hook-ups.  The only thing that was worth loving to him was his girlfriend, and to my knowledge, she was already being killed.

Patricia - I commend you - so great what you're doing for The Burn Institute.

I'm impressed at your early success - your book sounds like something I'd like to read. (I also write YA under a different name).

I'm excited for you - Congratulations on Antiserum!

Charlene, I can totally understand why you have such a great appreciation for this new author.

Wishing you many, many more successes, Patricia.

Thanks for stopping by, Kay Dee. Patricia really is an inspiration.

Thanks for sharing your story with us, Patricia. :)

I'm so sorry, for some reason my email didn't let me know there was a comment! Kay, I thank you so much for the nice things you said. You should email me, I love reading my fellow author's work!

Charlene, as always, you are wonderful!

Thanks for helping us get to know her. She's an inspiration to us all.