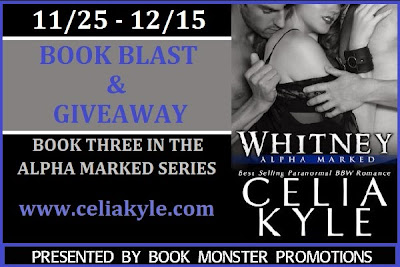 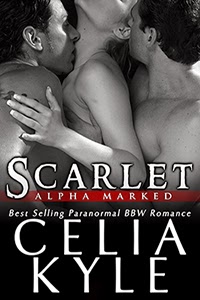 As if hitting thirty wasn’t enough, unmated Scarlet Wickham is summoned to this year’s Gathering. As a woman Marked to be the mate of an Alpha pair, she’s not going to find happiness anywhere other than in the arms of two Alpha werewolves. So, off she goes with her sisters in tow. ‘Cause yeah, she’s one of the plump Wickham triplets, and they’re all being carted off to werewolf speed dating.

Keller and Madden, Ruling Alpha pair, can’t believe their luck. They’ve found their mate, and she’s more than they could have ever hoped for. She’s feisty with spirit to spare, and lush curves that they want to trace with their tongues. They can’t wait to solidify their bond and get to know the beautiful woman who is to rule at their side. But first, there’s the minor inconvenience of a challenge to the death… 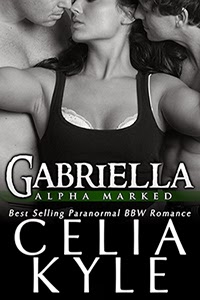 invited (ordered) to attend this year’s Gathering (werewolf speed dating). Having a Mark on her arm means that she’s one of the few human women destined to mate with not one, but two Alpha werewolves. Thank goodness werewolves don’t come in “ugly.” After her sister Scarlet mates the Ruling Alphas, things really start to get interesting. Gabby runs into not one, but two hotter than hot werewolves who make her tingle in all the right places. Yum. Of course, “yum” comes with baggage of both the mental and female kind. Lovely. Luckily it’s nothing a few punches and a good talking to can’t cure. Maybe…-ish.

Berke Davis and Jack Wright know that lush, curvaceous Gabriella is their mate. Who cares that they’re currently not part of an Alpha pair? Details, details. Burke has been half bound to his best friend Jack since they were four, but the past keeps them from solidifying their pairing and taking up the mantle of Alpha. Berke understands his friend’s feelings, but Jack is about to get a lesson on living and loving. Berke just hopes the lessons are learned before they both lose Gabriella. Especially when she is Challenged by a rival to first blood…a Challenge that could end in very permanent, and deadly, consequences…for Gabriella 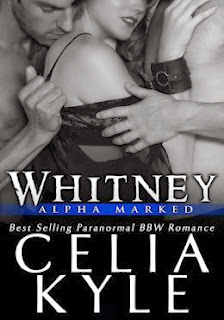 Whitney Wickham is at the darned annual werewolf Gathering all right. Only there’s one problem: she doesn’t belong there. Her sisters carry the Mark indicating they’ll mate an Alpha Pair of wolves, while Whitney does not have that lovely, swirling scar. She’s been hauled half way around the world to be stared at, and not-so-covertly sniffed, for no reason. Unfortunately the gorgeous, drool worthy, magic-mojo-wielding Wardens don’t know why she’s been summoned to the Gathering any more than she does. Which sucks. But at least they’re hot.

Emmett Greene and Levy Walters are Wardens—keepers of the law and embodiment of the magic of the werewolves. They can never mate, never marry, and never form a lasting romantic relationship. It’s a hard and fast law that keeps their powers pure of outside influence.

Rules are going to be broken.

One look at Whitney, one hint of her scent, and they realize their immovable laws might have to jiggle. She’s got luscious curves, a wicked smile, and a mouth that would make a thousand men weep. No matter the rules, their inner wolves will claim her. The only things standing in their way are the Elder Wardens who will do anything… anything… to keep Emmett and Levy from discovering the truth: the laws are wrong. And being with Whitney Wickham is so very, very right. 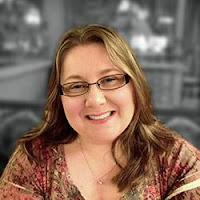 $50 gift card to Amazon, All Romance eBooks or B&N
a Rafflecopter giveaway
Posted by Unknown

I am a huge fan of this series. After I read Scarlet I immediately bought Gabriella then Whitney when it released. I really hope their will be more books in the series. I'd love to see what happens with the sisters and their mates.

I'm sorry I'm late in responding here! Thank you, Steph, for dropping by and supporting Celia on her tour. I know it means a lot to authors to see their work enjoyed. :)

Thanks so much for the chance to win this great giveaway & Happy Reading! :)

Thanks for the giveaway!