Aumelan ~ Blessed of the Gods is HERE! 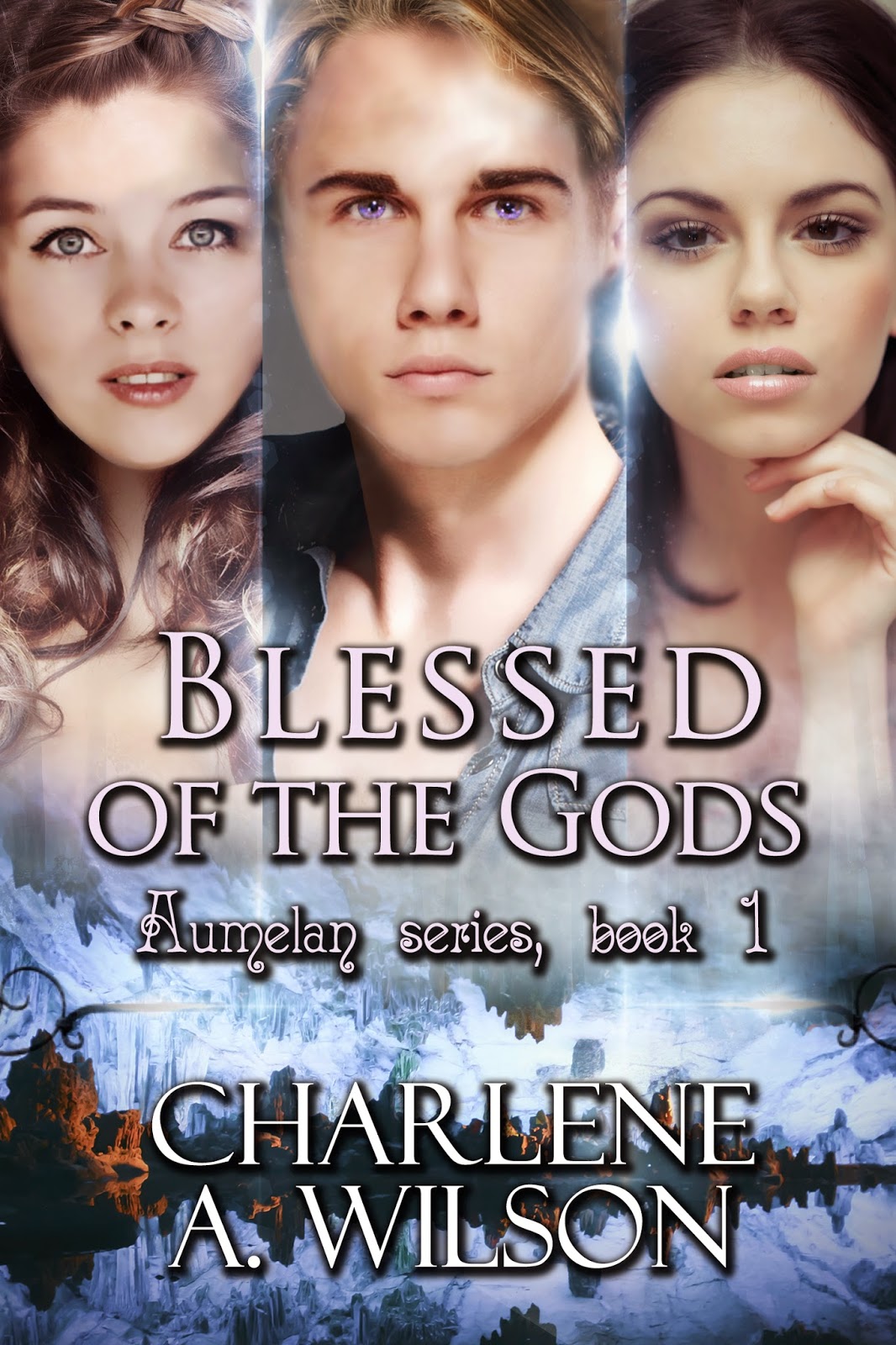 Aumelan ~ Blessed of the Gods is on the virtual shelves and ready for purchase!


*does the Snoopy dance around Charlene Blogs*

It's been 35 years in the waiting and now has a home at your favorite online book stores. A blog tour is in the planning for February 10-20th, but you all are special. I won't make you wait to get the scoop. *wink* So let's introduce it all proper and such with the blurb, excerpt, and book trailer for you to enjoy!

Aumelan ~ Blessed of the Gods

The unbelievable just hit Sun City. His name is Chad.

Chad Aumelan is in love, but his world isn't right. Not when he's forbidden to have Dae just because she's his slave.

When Salana Goffin meets Chad, she's faced with the unbelievable: A man who must take energy from a host to survive. He wants to find a cure to free the woman he loves. How can Salana turn away such a noble cause?

Together, they search for answers, but fate has another plan. 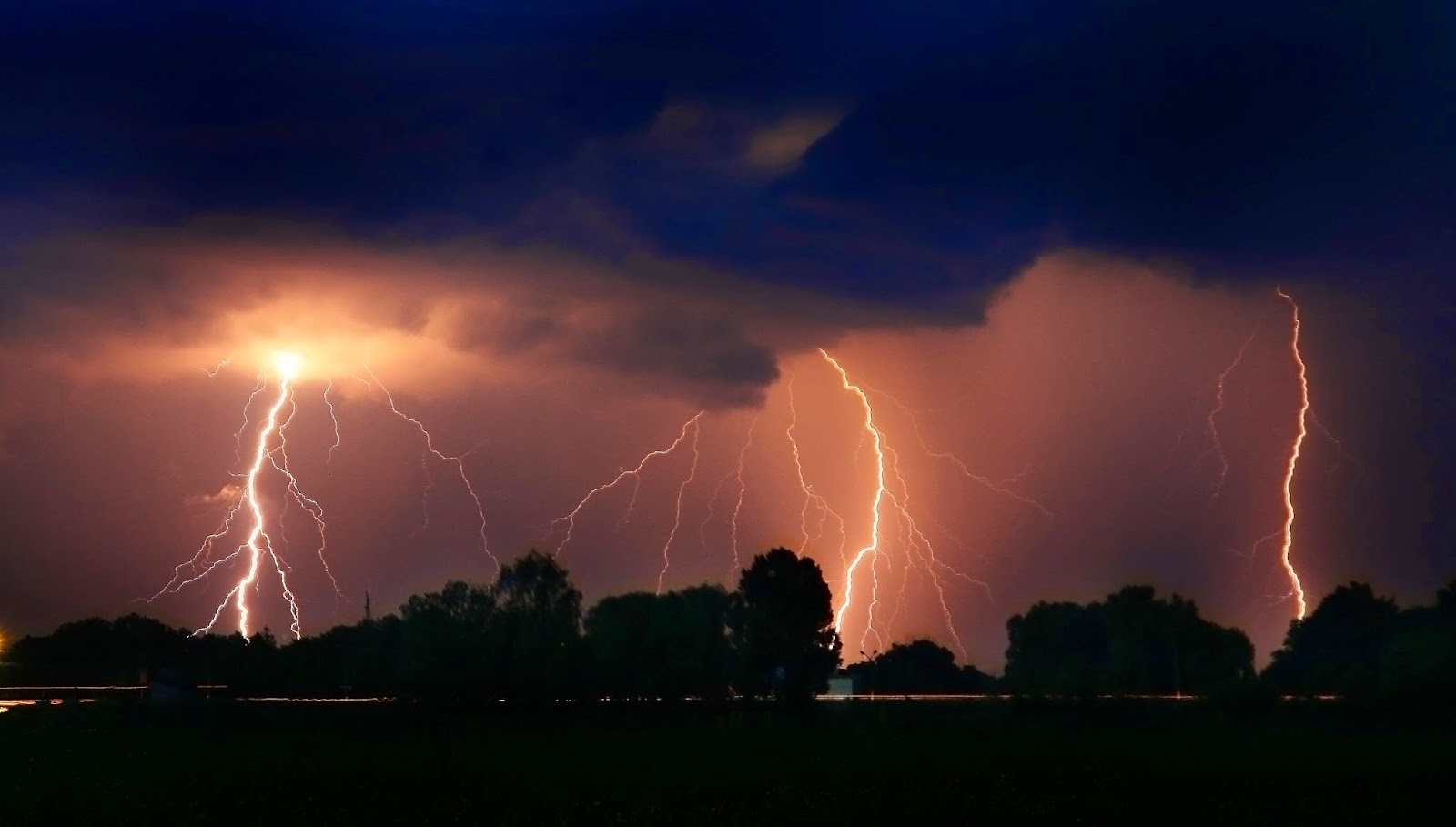 Black clouds morphed across the sky, and Salana pressed her forehead against the third-floor sunroom window. Her hair framed the sides of her face, blocking the view of her indoor garden.

She blinked at the distant trees. Silhouetted by the glow of the city, branches swung as if throwing punches at the wind in a wild frenzy.

And another reason for Mother and Father not to show.

Her breath misted the glass as her whisper fell from her lips. “Then again, when do they ever show?” Flight delays, meetings, vacations… One thing I can count on is their absence.

A thick bolt of lightning pierced the heavens and cut the black sky in half. She blinked several times to disperse the bright image and looked three stories below to the dark grounds. Rain pounded the backyard terrace like silver streams as they reflected the light from the glass sliding doors of the morning room. She could hardly make out the ivory lounges and tables that pocked the area.

Thunder clashed, and the arboretum quaked around her. Placing her finger at the center of the misted glass, she traced a straight line downward until her hand fell to her side. With a sigh, she turned her back on the scene and scanned her garden nook.Black iron trellises stretched around her favorite trio of garden chairs and hourglass stands. The cozy loveseat seemed to invite her to curl up in its overstuffed lap to pout.
She strolled to the flowers and stroked a yellow bud. “But you’ve always been here, haven’t you?”

Plucking the perfect bloom, she sighed and then tucked it behind her ear.

Tip-taps sounded from beyond the nook, and her nanny’s blue quarter-moon eyes peeked around the trellis. Her singsong voice danced off the tip of her tongue. “There you are, Ducky.”

Despite Salana’s gloom, the sweet words warmed her heart. An involuntary twitch tugged the corner of her mouth into a lopsided grin. No matter they never show. Nina’s always here. Always. “There I am.”

“I knew I’d find you among the flowers.” Nina’s hair brushed the shoulder of her paisley-print blouse as she dipped her head to the side. “You know you shouldn’t be up here in such a storm. The news circuits say it’s taking down trees all along the coast. Sun City’s going to get a good pounding.”

Her melodic tone played alongside the heavy rhythm of rain on the solarium roof. “The weather this summer has been so odd. I must say, I don’t think I’ve ever seen so many storms since the flood when you were a little girl.” She sighed. “Needless to say, your mother and father’s flight was canceled. They decided to just stay in North Arba and leave for Crescent Steeple from there. Those caves make for good protection against weather like this. Always wondered what people saw in living beneath the rock, but there you have it. One good reason, anyway.”

“From what I understand, there are a lot more down there than those who live in that bordering city.”

“An odd lot, those deep dwellers, even more odd than the Arbans. But the Arbans did negotiate a treaty of sorts with the Terracians, so...” Nina blinked and upped her fair brows as her voice trailed from the topic. “Well, at any count, you’ll have to stand in for them at the embassy’s quatercentenary celebration this weekend.”

“I’ll lay out a nice ceremonial outfit. I assume you won’t be wearing the Terracian medallion for this one. Senator Kelborn and all the opposition leaders will be there, you know.” She glanced to the side. “Your father had doubts they’d show, considering all the territories were invited. Good thing the Terracians turned down the invite after all. But, you won’t want to stir things up…”

Salana held up her hand to get a word in—a gesture she’d found the most effective when talking with Nina. “I’m wearing the medallion. I’ve worn it to every official gathering I’ve ever attended.”

“Oh, but, Ducky. In this case, you could be shunned for taking that kind of stand. You’re not a child. You’ll be nineteen, come winter, and that’s well into accountability age. It won’t be overlooked.”

Folding her arms, Salana cocked her hip to the side, allowing her long hair to brush her backside. “If Mother were to be there, she’d be the one taking the stand simply by being who she is. She’d be shunned, but would stand tall.”

“It would be a simple shunning. Not that any shunning is seen as simple, really, but she has no choice of who she is.”

Salana filled her lungs with the floral-scented air to control her response. “Nina, I’m Terracian, too.”

She paused as the fact sent warmth to her cheeks. When had she taken that as truth? It had been a shock when her parents shared that bit of information after her ninth birthday. Her heart swelled and she fingered the neckline of her sweater where the three interconnected circles of her medallion would rest. Such a special moment it had been when her mother adorned her with the medallion of womanhood in pure Terrace Well tradition.

That’s when I took it as truth.

“You were born Sun Nation. Just like your father. You have a choice in what you decide to represent.”

With a deliberate blink, Salana allowed her tone to make it clear the conversation ended. “I’m wearing my medallion.”

Nina’s thin lips bent into a sweet smile. Her slow tip-taps crossed the sitting area, and she lifted her hand, combing the strands from Salana’s face. “Of course you are. I’ll weave your hair early that morning so it won’t appear too tight by the celebration. The gold clips to hold your Daughter of the Nation brow band in place?”

Lightning streaked above the glass ceiling, and a web of strobes flashed across the sky. Thunder clashed, shaking palms and ivory around them. Familiar loneliness woke in Salana’s heart with a start.

“Then let’s get you down to your room. You need to get a good night’s sleep, and my heart needs to know you won’t stay up here in all of this.”

With a nod, Salana followed her through the aisles of blooms. Twangs of isolation accompanied her, but the small hope of another visitor kept them at bay.

As Nina reached to turn off the light, she glanced over her shoulder. “Oh, and Thomey called just before I came up. He won’t be making it tonight. All that work at the lab, you know.”

Salana lowered her gaze with a silent sigh, hope crushed.

Of course he won’t.

Until next time,
May your dreams be magical.


Dress appropriately for success when heading to an interview.play bazaarBe sure to choose appropriate attire and remember to pay attention to hair and nails.satta king


Only smart job seekers will be successful.play bazaar This means learning all you can. Take what this article has taught you so that you can become employed somewhere that you like.satta king