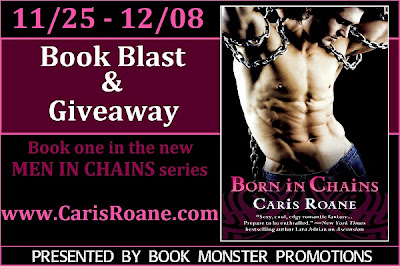 BORN IN CHAINS
Men in Chains, #1 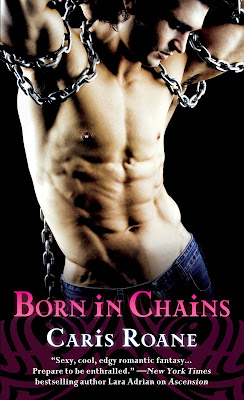 In the epic battle of vampire against vampire, one warrior’s fate is bound to a mortal woman who controls him, commands him, and craves him like no other…

CHAINED FOR LIFE
Two years ago, the rogue vampires invaded Lily Haven’s home and kidnapped her son. Now, if she hopes to see her child again, she must do the unthinkable—bind herself, body and soul, to a vampire warrior.  She must choose one of the rogue army’s prisoners of war and force him to do her bidding. But when she sees the warrior Adrien, naked, beaten, and straining against his chains, it is she who is held captive… 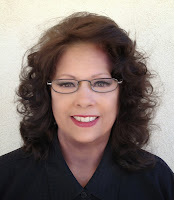 Caris Roane has published nine paranormal novels and novellas and writing as Valerie King, fifty Regency works.  In 2005, Romantic Times gave her a Career Achievement award in Regency Romance.  As Caris Roane, she currently writes paranormal romance for St. Martin’s Press and also self-publishes the continuing stories for her Guardians of Ascension series as well as stories set in other worlds.

TOUR GIVEWAY:
3 winners will EACH receive ALL of the following prizes at the end of the tour:
signed paperback of BORN IN CHAINSeBook of EMBRACE THE DARKnotepadversatile calendarsticky notesRomance Trading Cards (RTC's)