The Transformation of Anna is getting ready for its release on September 30th and I’ll be posting sneak peeks to whet your appetite! So get ready for… 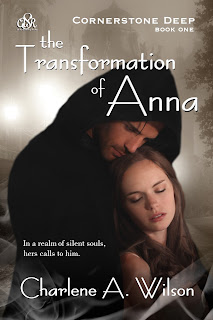 Her emotions flew through Cole with a resounding wow, neighbored by the flush of her nerves and a distinct sense of envy. At times like these, he could do without the ability to perceive other people’s feelings. She couldn’t be much older than eighteen and to know what a child felt when she looked at him was uncomfortable to say the least.


He glanced at his tailored black vest and trousers. No doubt he was a conspicuous sight, given their surroundings. The snowy white sleeves alone declared he didn’t belong among the stained and faded. His gaze caught her attention from her more than thorough perusal.


Her caramel complexion flushed. “Wow. Even your shoes are polished like glass. You’ve got to be Tom.”


The comment caught him off guard and he flinched. Few knew his alias much less his real name. “Excuse me? Have we met?”


“I’m Amy.” She giggled and motioned down the way. “’s my mother. She told me all about you. I thought she was exaggerating but,” she bit her lip and her gaze flew over him once again. “It’s so nice to meet you. I think it’s great Mother’s dating again. Oh, and I think it’s so romantic you have a special way of saying her name.”


Amy nodded. “Yeah, she told me all about it. Sh’létte. She says it makes her melt.” Her nose wrinkled to meet the tight arch of her eyes and he thought she was going to giggle again. “You make my mother melt.”


Come back by in a couple days to catch another snippet.  See you then!