I have exciting news to share!  My good friend and beta partner, J.D. Brown has had her debut novel Dark Heirloom accepted for publication!

If you'll remember, I missed the N post in the A-Z Blog Challenge because I was beta reading a novel for a critique partner before she submitted.  That was the one!  It was fantastic and I knew the publisher wouldn't be able to turn it down. The other novel I beta read that weekend was Cleanse Fire by Anastasia V. Pergakis and I have no doubt it will be accepted too. : ) 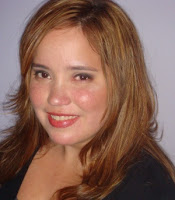 Dark Heirloom
Ema Marx’s heritage means nothing more than a natural tan her friends envy until she becomes a vampire and her Romani blood gives other vampires reason to fear her. Vampires are not supposed to exist; yet here they are, holding twenty-three-year-old Ema hostage and interrogating her. As if she had any clue how she became one of them without being bitten.
In her struggle to control her newfound powers, Ema accidentally releases an ancient vampire king whose only desire is to turn the human race into cattle and gain dominion over his kind. King Apollyon finds Ema’s strength and powers fascinating. He is positive her gypsy blood is responsible for her range of abilities and wants to use it to create a new generation of vampires.
Ema is determined to send the egotistical pseudo king back to Hell, but first she must discover who, or what, is responsible for her transformation. And she must do so quickly, before Apollyon figures it out first.
I have to admit that I'm not a big fan of vampire books.  But we were both members of Writing.Com's Fantasy Keep Novel Workshop and would offer critiques of the chapters posted...one at a time.  When I first read Dark Heirloom--before I every really knew Jen--I was glued to the pages.  (or the computer screen *wink*)  I started my critique but my reviewer's hat fell off and I didn't stop reading until I was done.  Yeah, my eyes were burning and dry because I went without sleep that night. LOL.
I became a rediculous fan and emailed her about book two.  Poor Jen.  But it began our amazing friendship.  It's such a treat to see Dark Heirloom with a release date and can't wait to get a copy of my own.
.
﻿
Posted by Charlene A. Wilson